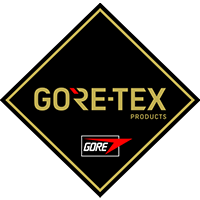 Brunsbüttel (SH) Fire Brigade was one of the first services to select GORE® PARALLON™ System and put it through it paces in an intensive training exercise simulating a significant fire aboard a German Navy frigate.

The ship lies at anchor at the Damage Prevention and Damage Control Centre in Holstein and is specially retrofitted for intense fire training exercises.

In this scenario on the ship the response involves putting out the fire and evacuating casualties. This is nothing new for the Brunsbüttel team. “Our team includes a mix of approx. 60 full-time and voluntary members who specialise in fighting on-board ship fires as part of a quick reaction force,” says Community Director Bernd Meier, who acts as the civilian team lead during the exercise. “During water-related operations, we can employ a so-called fire-fighting unit for the central command.”

It’s an opportunity for the Brunsbüttel brigade to put its new PPE through a unique exercise. The new kit is manufactured by S-Gard and incorporates the GORE® PARALLON™ System, which was a key factor in the decision to buy the garments. Explaining the decision, Community Director Meier said: “This innovative system has two breathable membranes which are separated by a thermal insulation layer. This provides better penetration protection from inside and out than other systems that we’ve tested in the past which only have one membrane.”

EN469 requires one membrane but it doesn’t specify where it should be positioned in the garment. There is always a compromise on protection against comfort depending on where the membrane is positioned.

“Wet clothing transmits heat 23 times faster than dry and if thermal insulation becomes wet there is a higher risk of scalding when exposed to heat,” explains Gore Product Specialist Katja Christof. “With a double membrane system the thermal insulation is protected from water and chemical penetration from the outside and body sweat from the inside.

Although EN469 only stipulates tests on dry firefighter PPE, the incident ground reality is that it is often wet, so Gore conducted tests in its unique rain tower with a number of Gore fabrics to evaluate water pick up and breathability in wet conditions. “Our tests showed that GORE® PARALLON™ System had the lowest water pickup as well as the highest breathability and re-drying of the garments was faster than any other system,” says Christof. She continues, “simulations with heavy sweating from the inside in low heat exposure such as a small container or car fire, showed a 45% reduction in thermal protection in standard solutions, while GORE® PARALLON™ System maintained protection levels.

“We simulated a compressed wet garment in 270°C heat to recreate leaning on a surface or kneeling near a fire and found that GORE® PARALLON™ System performed almost as well as when dry but there was a 75% drop in in time to burn for traditional solutions.

“In further tests on manikins with kit that was wet inside and out, we observed a very consistent low burn injury rate,” says Christof.

Community Director Meier added: “For us it was important that the protective clothing was optimal for fire-fighting in enclosed spaces. We first saw GORE® PARALLON™ System when it was launched at Intershutz in 2015. Our working group for the procurement of new protective gear then requested two samples from two providers, one of which had the double membrane system. We tried them in fire training and operations, including two room fires. On both occasions, thanks to the GORE® PARALLON™ System the squads experienced no wetness on the inside of the garment. There was also none of the dreaded heat penetration and the kit was as good as new after washing.”

Meanwhile, the fires on board the frigate have been put out. It was narrow, hot and squeezed in there,” said Brunsbüttel Chief Fire-fighter Dirk van der Meulen, as his unit came ashore, “but with the new protective gear it took significantly longer until you could feel the heat than with the old gear – even when sweating as I am now. It’s also lighter.”

Community director Meier feels their decisions are validated: “We only want the best for our firefighters, because safety and comfort come first. Certainly, it costs a bit more, but the members of our city council’s board were able to understand our reasons.”

Professionals working in emergency situations no longer need to compromise on either comfort or safety: GORE-TEX CROSSTECH® footwear leads the industry in offering optimum levels of both.

Explore More
Dive in Deeper
Discover more with these helpful resources and other related content.
Fire and Safety
Firefighters, first responders, technical rescue teams and paramedics require protective and comfortable turnout and safety gear they can rely on.
More Info
Heat and flame
Professionals require reliable gear that provides protection from heat transfer to the skin and exterior exposure to flame.
More Info
CONTAMINATION
Contamination from liquids such as petroleum and sewage can lead to serious long-term consequences.
More Info
VIRUS AND BACTERIA
Professionals are often at risk of contact with blood-borne pathogens and other potentially harmful body fluids.
More Info
Also Visit
Gore-tex.com Upgrade comfort and protection on your adventures with our high-performance product technologies. Gore.com We're committed to innovation in life sciences, aerospace and beyond.
About us
About Gore Contact Care & Repair News & Events Research & Insights Sustainability Careers
Legal
Cookie notice Privacy Notice Imprint Terms of Use Cookie Settings
Copyright 2023 W. L. Gore & Associates GmbH. GORE-TEX, CROSSTECH, PARALLON, PYRAD, SURROUND, THERMIUM, CHEMPAK, WINDSTOPPER, GORE-SEAM, GORE and designs are trademarks of W. L. Gore & Associates. All other trademarks are properties of their respective owners. All other brands belong to their respective owner.